RIVERSIDE BONNIE RAYLENE SCROGGINS 90 Years of age she was born August 30, 1919 in Barney, Arkansas and passed away November 21, 2009 at Community Care of Riverside. She was a resident of Moreno Valley for 38 years. She is survived by her sisters, Joyce Burchell and Betty Ward and her brother, Ingram Bell. She is also survived by her 3 Grandchildren. Visitation will be held on Monday, November 30, 2009 from 5:00 pm to 8:00 pm and Funeral Services will be held on Tuesday, December 1, 2009 at 10:00 am both at Pierce Brothers Crestlawn Memorial Chapel, 11500 Arlington Ave. Riverside, CA. Interment will be in Pierce Brothers Crestlawn Memorial Park, Riverside, CA. Services entrusted to:Pierce Brothers Crestlawn Mortuary (951) 689-1441 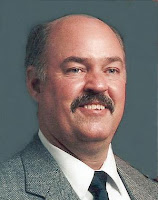 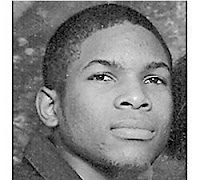 Trenton Scroggins, of Dayton, was pronounced dead at Miami Valley Hospital at about 12:30 a.m. Sunday, according to officials.

Dayton police continued Sunday to look for suspects in the shooting, which occurred about 7:48 p.m. Saturday on Willowwood Drive near Shadyside Drive.

Police received initial reports of four men chasing a male down the street and shooting at him. When they arrived at the scene, they found blood on a driveway and bullet casings on the ground, but no victim.

According to authorities, three family members and friends had already driven the victim to Good Samaritan Hospital. He was later transferred to Miami Valley.

Scroggins had had several run ins with police, including an armed robbery with a toy gun in 2007 and an arrest for public indecency in August, police and court records show. 4 times identified
Trenton A.L. Scroggins

SCROGGINS, Trenton A.L. age 19, a lifelong resident of Dayton, passed away Sunday, November 22, 2009 at Miami Valley Hospital. Preceded in death by his grandfather, Olice Charles Brown "Bobby". Survivors include his parents, Nathan and Crystal Scroggins; brothers, Andre & Nathan; sisters, Tionah, Natiesha, Natia & Tierra; a host of uncles, aunts, other relatives and friends. Funeral service will be held 12 noon Saturday, November 28, 2009 at Overcomers in Christ Church, 900 Cincinnati Street. Bishop Edward Wilson officiating. Visitation 9 am Saturday at the church until time of service. Family will receive friends one hour prior to service. Arrangements entrusted to the HOUSE OF WHEAT Funeral Home, Inc., 2107 N. Gettysburg Ave. Final disposition cremation. Online condolences may be expressed at houseofwheat@woh.rr.com
Published in the Dayton Daily News on 11/27/2009

Barbara Jean Goodall
Barbara Jean Goodall, age 75, of Joplin, Mo., passed away Friday, Nov. 13, 2009, at St. John's Regional Medical Center following an illness. She was born May 2, 1934, in Carrollton, Ill., to Raymond E. and Wilba Mae Scroggins. She moved to Joplin, in 1974, from Carrollton. Barbara worked at Consumers Market for 12 years. She attended the Gateway Church, where she was active in youth activities and preparing meals. Barbara enjoyed quilting, playing bridge and spending time with family and friends. She married Robert E. Goodall on Jan. 31, 1952. He survives at the home. Additional survivors include four sons, Robert Goodall Jr. and wife, Annette, William Goodall and wife, Carolyn, Gordon Goodall and Jeff Goodall and wife, Susie; three daughters, Cara Odle and husband, Bob, Renee Bowman and husband, Stan and Minda Cowan and husband, Michael; 15 grandchildren; and 10 great-grandchildren. Barbara was preceded in death by one daughter, Elizabeth Ann Goodall; one granddaughter, Corey Shea Goodall; and two brothers, Raymond and Wayne Scroggins. Funeral services will be at 10 a.m. Tuesday, Nov. 17, at the Mason-Woodard Chapel. The Rev. Freddie Franks and Gordon Goodall will officiate. Burial will be in the Macedonia Cemetery, near Stella, Mo. The family will receive friends at the mortuary from 6 to 7 p.m. Monday evening. Her grandsons serving as pallbearers will be, Jarad Allison, Smokey Goodall, Adam Goodall, Gus Werries, Bryce Odle and Bobby Odle. Contributions may be made to the American Lung Association in care of the mortuary. Arrangements are under the direction of Mason-Woodard Mortuary and Chapel. Online condolences may be made at masonwoodard.com

CONWAY, AR - Scroggins, Raymond, 83, formerly of Wichita, passed away Thursday, October 29, 2009. He was born June 29, 1926, in Boxley, AR, to the late Marion Franklin [4904] and Jenny (Villines) [4903] Scroggins. He was also preceded in death by his wife of 53 years, Anna Fern (Wishon) Scroggins [18890]. He retired after 32 years with Eby Construction and was an avid fisherman. He is survived by a son, Jackie Ray Scroggins [18891] and wife, Val [18892] of Wichita, Kansas; daughter, Pattie Jean Merrill [18893] and husband, Charles [18894] of Pine Bluff; son, Joe Scroggins [18895] and wife Lynn [18896] of Morrilton; son, Duel Scroggins [18897] of Little Rock; nine grandchildren; and four great-grandchildren. A graveside service was held on Monday, November 2, at Beechwoods Cemetery in Ponca, AR, Rev. Donnie Villines officiated with Jerry and Rosie Bryant assisting. Visitation was Sunday at Roller-McNutt Funeral Home in Conway. Pallbearers were Patrick Scroggins, Joey Scroggins, Joel Tindall, Bobby Scroggins, Chris Scroggins, and Jamie Merrill. Memorials may be made to the American Red Cross or Beechwoods Cemetery. Online guestbook: www.rollerfuneralhomes.com.

C. A. "Buck" Buchanan (aka Dad, Grandpa, and Pawpaws) went to be with his heavenly Father and loving wife, Mary, on Thursday, October 29, 2009. He was one of four children, born July 15, 1914, to Claude and Elizabeth Mae (Marler) Buchanan on the family farm in Washita County, OK. The family later relocated to Hobart, OK, where he graduated high school. He attended Harding Christian University when it was located in Morrillton, AR. While in Morrillton he met Mary Lee Scroggin. They were married August 13, 1936. Returning to Hobart, OK, Buck began his business career as manager of T.G.&Y., until he was drafted into the Navy in January, 1944. He was assigned to travel on the USS Noordam under the command of Admiral Nimatz in route to his duty station at Alea Naval Base in Honolulu, HI. After 6 weeks of boot camp upon arrival in Hawaii, he entered Com. Ser. Pac. (Command Service in the Pacific), where he was a photographer put in charge of "V" mail, putting all incoming and outgoing mail on microfilm then reprinting every piece of mail, even his personal mail, before delivery to the addressees. He received an honorable discharge on November 11, 1945. He returned to his family in Arkansas, then relocated them back to Hobart, OK and resumed employment with T.G.&Y. The family lived in Oklahoma City and Memphis, TN while still serving as a store manager. Buck eventually was promoted to Vice-President of Leasing at the T.G.&Y. Corporate office, retiring in 1979. After retirement, Buck continued his business career when he and his wife founded MACABCO, Inc. Through MACABCO Buck participated in part ownership of shopping center re-development at Perry Plaza in Perry OK, residential and townhouse development of the Brentwood Addition of Edmond, OK, and Brentwood Office Park in Edmond, OK. Buck was also instrumental in partnering and donating land for Edmond's original YMCA on Rankin in Edmond, OK. Buck also used his knowledge and experience from his business career while serving as a member and chairman of the Board of Trustees of the Oklahoma Christian Investment Corporation (OCIC), a vital force for the growth and development of Oklahoma Christian University of Science and Arts in Oklahoma City. As a director of OCIC, Buck was instrumental in the University's business development process, including construction of buildings on campus, residential areas, shopping centers (Eagle Crest Addition and Shopping Center); and Tealridge Retirement Center in Oklahoma City adjacent to Oklahoma Christian (referred to as "OC" within the family). As a friend, donor, and mentor to OC and numerous OC presidents, faculty and staff members, Buck partnered with former university president, Dr. James O. Baird, to develop a school in South Korea. Upon obtaining the blessing and approval of the South Korean government, OC instructors were sent to the school to teach English. On March 29, 1996, The University honored Buck and Mary Buchanan for their longtime involvement and support. In December, 2004, Buck received an Honorary Doctorate Degree from OC. In addition, Buck holds the distinction of being the oldest student to ever enroll for classes at OC for the fall semester of 2007. With the assistance of one of his sons as driver to and from the campus, Buck was warmly greeted by faculty, staff and fellow students as he drove his electric wheelchair from class to class. Buck was an ardent fan of the OC Eagles Basketball Program; and as an Eagles Booster Club member, maintained 2-4 season tickets through the 2007 season. Mr. Buchanan served as an elder at 31st and Penn Church of Christ in Oklahoma City, White Station Church of Christ in Memphis, TN, and was one of a small group who founded College Church of Christ in Oklahoma City, now known as Memorial Road Church of Christ, where he was a Charter Member and one of the first three original elders. Buck's philosophy regarding church responsibilities was the practice of unity and focus on next-door to worldwide missions. Prior to his moving into Gran Gran's Nursing Home in Yukon, OK, he was advising and encouraging the "planting" of the Oakdale Church of Christ in OKC. He resigned as an elder at Memorial Road in 2005 after his wife passed in December, 2004. Buck was preceded in death by his parents; his wife, Mary Lee Scroggin Buchanan [42819]; one sister, Gladys Merle Buchanan; one brother, J. B. Buchanan; and one granddaughter, April Anjeanette Buchanan. He is survived by a brother, Glen Buchanan of Benton, AR; a sister, Mae Laverne Back, of McLean, TX, sister in-law, Helen Allison and husband J.H. of Morrilton, AR; sons: Ancel Lee Buchanan and wife, Judy, of Smyrna, GA; Kenneth R. Buchanan and wife, Peggy of Oklahoma City; Albert Brent Buchanan and wife, Helga of DeLand, FL; James Baxter "Jim" Buchanan and wife, Marilyn, of Edmond, OK; and Robert Edwin "Eddie" Buchanan and wife, Kathy, of Broken Arrow, OK; 13 grandchildren, 21 great-grandchildren, numerous nieces and nephews and a host of business, church and university friends. The family requests memorials be made to In Search of the Lord's Way, P. O. Box 371, Edmond, OK 73083; Memorial Road Church of Christ Missions Program; or to Oklahoma Christian University of Science and Arts Bible Department. Visitation is Sunday, 1:30-8:30 p.m., and Monday, 8:30 a.m.-8:30 p.m., at the funeral home that bears his name, Buchanan Funeral Service. Services to celebrate his life will be 2:00 p.m., Tuesday, November 3, at Memorial Road Church of Christ, 2221 E. Memorial Road, Oklahoma City, OK, with burial at Memorial Park Cemetery.