Mrs. Dolores Kay James Scroggin, age 65, of Dupont, Indiana, entered this life on July 31, 1944, in Scott County, Indiana. She was the daughter of Roy Vincent & Laura Eliza Layman James, both of whom preceded her in death. She was raised in Jennings County and was a 1962, graduate of Dupont High School. She attended classes for further education through her church. She was united in marriage on Sept. 6, 1963 in Commiskey to Ronald T. Scroggin. To this union arrived three sons to bless their home. The family resided in Jennings County for 21 years then moving to the Dupont Community where they resided the rest of her life. She was a faithful member of the Centerville Baptist Church near Lovett, Indiana. She enjoyed reading and studying her Bible, she loved traveling especially on train trips, working in her flowers, mowing her lawn , collecting plates and bottles. She was a devoted wife, mother and grandmother. Dolores died Sunday, October 25, 2009 at 7:25 a.m. at her home near Dupont, Indiana.

MEMORIAL EXPRESSIONS
Memorial contributions may be made to Centerville Baptist Church. Cards are available at the funeral home.

Published in Houston Chronicle on October 21, 2009 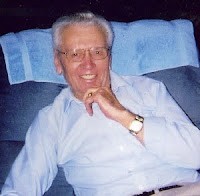 Services for George B. Scroggins, Sr. 85 of Andrews, will be 2:00 PM Saturday October 17, 2009 at McNett Funeral Home Chapel with Rev. Bob Zap officiating. Burial will follow in the Andrews Old Cemetery under the direction of McNett Funeral Home.

George passed away at Permian Regional Medical Center in Andrews Wednesday October 14, 2009. He married Evelyn Brown on October 6, 1924 in Rayville, LA. George was a member of the First Christian Church and a retired drilling superintendent. He served in the Navy in WW II.


Nelda Ruth Scroggins Ball Barron, 76, of Quinlan passed away Oct. 13, 2009, at her home.She was born Dec. 27, 1932, in Brashear to Roy and Lela Scroggins. She became a certified Registered Nurse, fulfilling a lifelong dream and worked at Presbyterian Hospital of Greenville for 26 years. She was a faithful member of Emmanuel Missionary Baptist Church and also served as a volunteer for C.A.S.A. On Aug. 14, 1993, she married Santos Barron. Mrs. Barron enjoyed a life of world travel, riding motorcycles, laughing, having fun wherever she went and always caring for others.Survivors include her husband, Santos Barron; sons Charles Eric Ball of Milton, Fla. and William Elliott Ball of Greenville; daughters Paula Denise Morris and husband Bobby of Sulphur Springs, Juvia Jean Collinsworth and husband James of Blue Ridge, Susan Elaine Ball of Austin and Kelly LeAnne McCrummen and husband Brian of Royse City; a brother, Arlon Scroggins of Flint, Texas; sisters Mary Hux of Henderson, Ragene "Jean" Gilbert of Sherman and Linda Muckleroy of Tyler; 12 grandchildren and 19 great-grandchildren.She was preceded in death by her husband, George Forrest Ball IV; a son, David Wayne Stracener; brother L.C. Scroggins and two sisters, Frances Adele Perkins and Juanice Fletcher.A funeral service is scheduled at 11 a.m. Friday in the Lynch Funeral Service chapel with Bobby Sparks and Melvin Pearce officiating. Internment will follow in Memoryland Memorial Park.Visitation is from 6 to 8 p.m. today at the funeral home.Serving as pallbearers will be Jerry Gilbert, Tim Gilbert, Scott Scroggins, Dickie Scroggins, Randy Langley and Bob Rhea. Honorary pallbearers will be Richard Jones and Kevin Fletcher.Online condolences may be made at www.lynchfuneralservice.com

She was born June 24, 1922 in Wesson, MS to Hattie Delilah Harrison and Eugene Newton Hammons. Lela was a descendant of the Daniel Beasley family, listed in the first families of Mississippi, who came to Mississippi in 1830 from Darlington County, South Carolina and settled in Simpson County. She grew up in Wesson, MS until her family moved to Yazoo County, MS, where she met her husband, married, and later moved to Hinds County. Lela was married for 59 years to Bob Scroggins [37239], a Jackson homebuilder, who predeceased her in 1996. She lived in Jackson for over 50 years, before moving to The Hills of Crossgates in Rankin County. Lela and Bob maintained a large vegetable garden for the benefit of family, friends, neighbors, and the needy. Lela and Bob were members of the Jackson Rose Society and the Mississippi Rose Society. Their rose garden contained hundreds of roses, having raised them for competition, winning hundreds of blue ribbons. Lela and Bob donated their roses to civic organizations and churches, and always had fresh bouquets for their many friends. After Bob died, Lela moved to The Waterford Retirement Home for several years and lived at Highland Home Nursing Home for the past two years. Lela's hobbies included crossword puzzles, crochet, stitchery (embroidery and crewel), and spending time with her large family.

Services will be at 2pm Wednesday, October 14, 2009, at Lakewood Funeral Home chapel, with visitation from after 12 noon Wednesday, interment will follow services in Lakewood Memorial Park.

Memorials can be made to Crossgates Baptist Church in Brandon, MS. The family wishes to thank all of the nurses and aides on Unit B at Highland Home, Susan and Allison (her social workers), Carolyn (her beautician), Stephanie (her manicurist), and sends love to Lela's best friend, Bernice Thornton, at Highland Home. Many thanks to Dr. Paul Van Landingham for caring for Lela for many, many years. 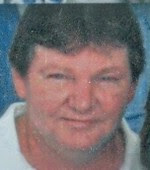 Terry Dean Scroggins of Frostproof passed away Monday, October 5, 2009 at his residence.

He was born December 23, 1960 in Lake Wales to Jerrell Dean and Betty Ann (Wise) Scroggins; and moved to Frostproof from Phoenix, AZ in 1973. He was self-employed as a truck driver, and is of the Pentecostal faith. He loved drag racing, reading western books, watching western movies and watching wrestling.

A funeral service will be held 10:00 AM, Friday, October 9, 2009 at Marion Nelson Funeral Home in Frostproof, with interment following at Silver Hill Cemetery. Visitation will be from 6:00-8:00 PM, Thursday, October 8, 2009. For those who wish, contributions may be made to the Moffitt Cancer Center.
TERRY DEAN
SCROGGINS, 48

SMITH Cynthia J, 67, of Lexington, went home to be with the Lord Fri, Oct 2, 2009 at the St. Joseph Hospice Care Center. Born in Lincoln, IL, she was the daughter of the late Louis and Mildred Olson Stolz. Cynthia was a registered nurse at the University of Kentucky Medical Center for 34 years, having worked in the emergency room and then retiring from the Major Holding Room. A member of Centenary United Methodist Church, she was a member of the Stonewall Book Club, volunteered at "Best Friends - " and she was a member of Citizens Police Academy #27 in Lexington, KY. Cynthia loved to travel, her favorite place being Sedona, AZ and another love of hers was dogs. She is survived by her children, Brad [49604] (Marta) [49605] Scroggin and Carnee Ashley [49606], both of Lexington; five grandchildren, Meredith [49609], Brandon [49610], Shelby [49611] and Sloan Scroggin [49612] and Lauren Ashley [49608]; numerous cousins; best friend, Susan Tack-Adams and other close friends. A special thanks to Kathryn Hoagland as well as Centenary United Methodist Church Food Ministry and all who brought their dogs to visit Cynthia during her illness. Cynthia's family would like to express sincere appreciation for all those who helped her during her illness, especially Hospice of the Bluegrass. Funeral services will be 11am Tue at Centenary United Methodist Church by Associate Pastor Jeff Carter. Visitation will be 5-9pm Mon at Kerr Brothers Funeral Home, Harrodsburg Rd. Burial will be in The Lexington Cemetery. Pallbearers will be Allen Adams, Bobby Potts, Jim Smith, Calvin Brooks, and Brandon and Sloan Scroggin. Memorials are suggested to the Chris Elliott Fund for Glioblastoma Brain Cancer Research, 704 228th Ave. NE #254, Sammamish, WA 98074 or the , 1065 Dove Run Road, Lexington, KY 40502.

He was born and raised in Crystal Springs, MS. He was a graduate of Crystal Springs High School. He joined the Navy and served during World War II in the Asia Pacific. He was a life member of Eddie Blake V.F.W. Post #3937, Long Beach, MS. He also served as Commander of Robert C. Nail Post 687, Jackson, MS and Post 407 DeLisle.

He had 57 years as a member of International Brotherhood of Electrical Workers Local 903, Gulfport, MS, where he served one term as president.

He was a member of Shepherds Way Church, Long Beach, MS. He dearly loved his church.
He was preceded in death by his parents, Ira Lee McManus and Mary Mertie McManus; 2 brothers, Walter and James McManus; stepdaughter, Barbara Nell Scroggins [43764]; and step-grandson, Tom Garcia; and son-in-law, Cleveland (Bud) Garcia.

He loved gardening and fishing and once said he asked God for a little corner of Adam and Eve's garden.

He was a beloved husband, father, brother, grandfather and friend. The family wants to thank friends L.J. and Peggy Pritchard for all their help during his illness.

An guestbook may be signed at www.riemannfamily.com.

HEWATT, Royce Mr. Royce Hewatt age 69, of Alpharetta, died September 27, 2009. Mr. Hewatt served his country as a US Marine, worked for 30 years at Avon, and most recently worked for 8 years at Wal-Mart. He is survived by his wife of 44 years Linda Hewatt; daughters Sheila Nelson and son in law Danny of Woodstock, Laura Sukalac of Arizona, Marcee Scroggins of Dawsonville; sisters Linda Key of Douglasville, Dotti Jones of Maysville; grandchildren Daniel and Brandy Scroggins, Coral and Cyanea Nelson; several nieces, nephews, and other relatives; and many friends. Friends and relatives will be received at the family home on Saturday October 3, 2009 from 2-6 PM. In lieu of flowers, contributions can be made to the "Royce Hewatt Memorial Fund" at any Bank Of America. Northside Chapel Funeral Directors and Crematory, Roswell/Alpharetta, is assisting the Hewatt Family. www.northsidechapel.com 770-645-1414

Published in The Atlanta Journal-Constitution on October 2, 2009
PermaLink: 10/02/2009 No comments: Links to this post