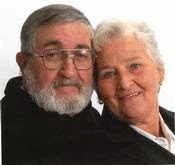 James Oliver Work, 69, passed away on Saturday, October 26, 2013 at his residence in Franklin. He was born on July 7, 1944 in Johnson County, IN to James Marshall Work [52416] and Florabelle (Scroggins) Reynolds [52417]. He married Tilda “Dee” Ward on May 23, 1970. She lovingly survives. Other survivors include his children Anthony “Tony” James Work (Carla), Jason Allan Work (Christy); 5 grandchildren; and sister Jeanetta Lauderdale. He was preceded in passing by his brothers Robert Work, John David Work; and sister Wilma Reynolds. He was a graduate of Franklin Community High School class of 1964. He was served in the U.S. Army National Guard during the Vietnam War. James worked for Conrail as a supervisor for over 40 years until his retirement. He attended Grace Point Church in Whiteland. James enjoyed restoring old cars and working in his yard. Rev. Stan Glover will conduct a funeral service on Wednesday, October 30, 2013 at 1:00pm at Flinn & Maguire Funeral Home in Franklin. Friends may call from 10:00am until the service time. Burial will be at Lick Springs cemetery in Trafalgar. Online condolences may be made at www.flinnmaguire.net.